World-acclaimed
leaders in their field

Our unique team of world-class researchers, data scientists, and strategists will help you realize the transformational potential of AI for your business. 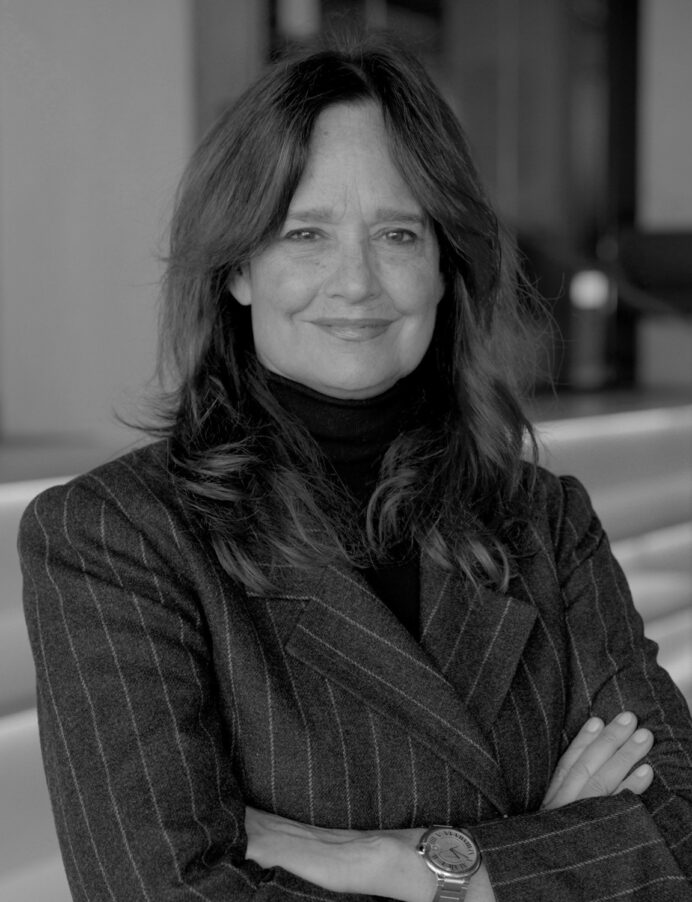 Hélène Desmarais has 25 years of expertise in the field of technology and academia. For decades she has led major Canadian institutions, as well as several public and private companies, as a Chairman and CEO. She has been overseeing IVADO Labs’ rapid growth and emergence as a world class leader in the use of AI to drive companies’ innovation and performance improvement. She is deeply committed to the principle of continuous learning and the importance of a culture of excellence when growing successful teams. Hélène is passionate about supporting startups. She is Chair of Next AI and CDL AI in Montreal leading Canadian programs that help build disruptive startup companies that challenge large industries. She serves as a Director of XPrice, Christian Dior SE and Garda World. Hélène was awarded honorary doctorates from Lumière Lyon II , Polytechnique de Montréal, Saint Francis Xavier, and McMaster universities. She received the Medal of Honor from the Faculty of Medicine and the Order of Merit from the University of Montreal. 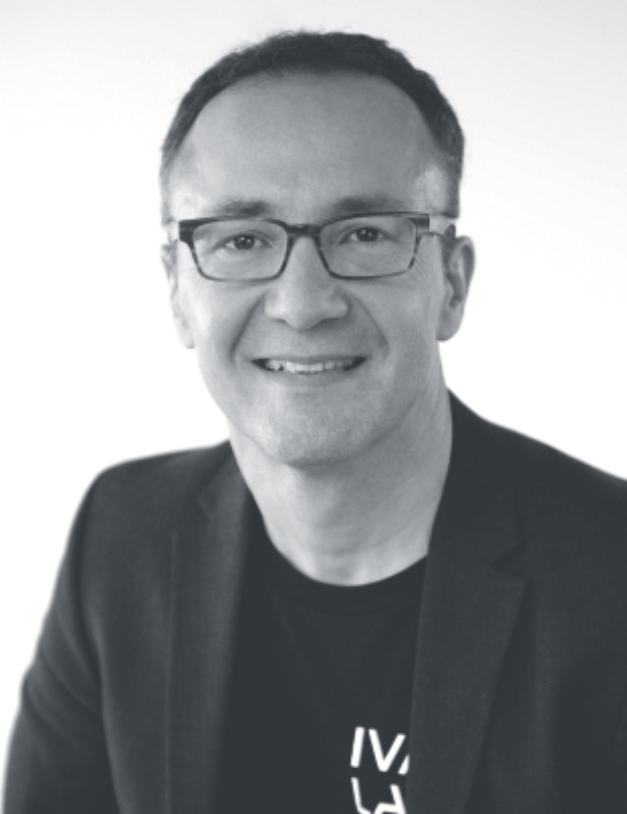 With 20+ years experience developing enterprise-grade supply chain technology solutions for Fortune 1000 clients, Serge has proven he can build and run global technology organizations. Most recently, he was the global CTO for JDA. He was also a member of the Google Cloud Advisory Board for several years and co-authored the book “Supply Chain for Dummies”. 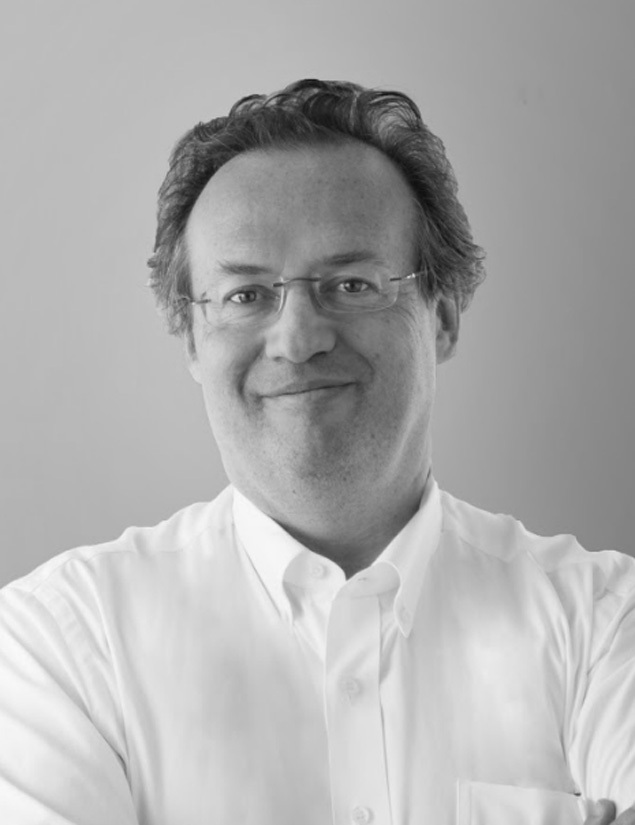 Eric brings over 25 years of industry expertise working in Consulting firms mostly in Europe. He was previously a Senior Partner and Managing Director at the Boston Consulting Group (BCG) where he spent 14 years. He also founded and built their Montreal Practice. Eric led operational efficiency and major transformation programs as well as M&A and integration projects. He worked extensively on issues related to overall strategic direction, managing through transition, building effective capacities, and driving value. He also led initiatives in the area of big data in the insurance practice for BCG. Prior to BCG, he was a Partner at Accenture and Vice President with Oliver Wyman - Mercer Management Consulting. 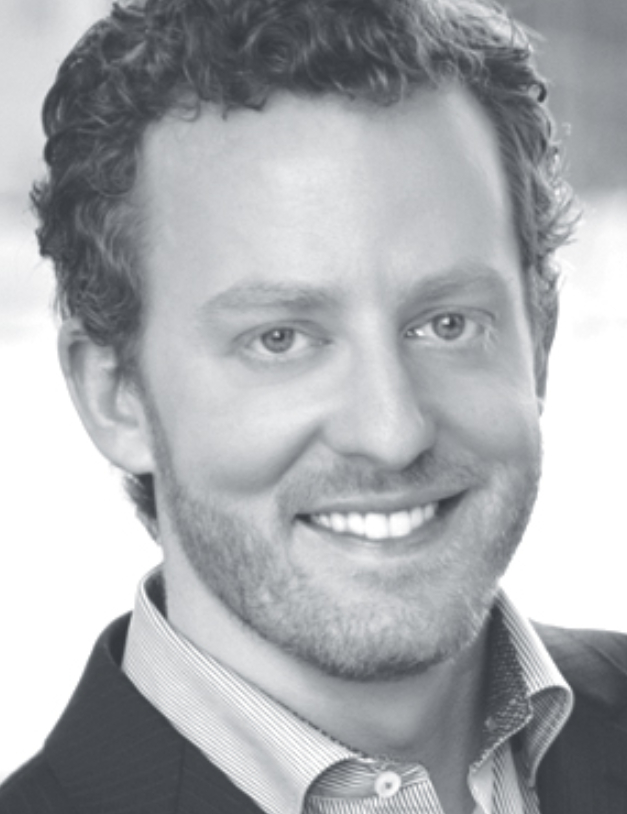 He previously was with McKinsey as Digital VP and regional leader of Eastern Europe, Middle East and Africa at McKinsey & Company. Simon leads the engineering team responsible for building the AI solutions that IVADO Labs delivers to its clients. He is an experienced technology executive with a software delivery background who has worked with Fortune 500 companies for the past 15 years (including 11 years at McKinsey). Over the course of his career, Simon has successfully delivered complex assignments across a variety of sectors, including financial services, telecom, healthcare, high tech and manufacturing. 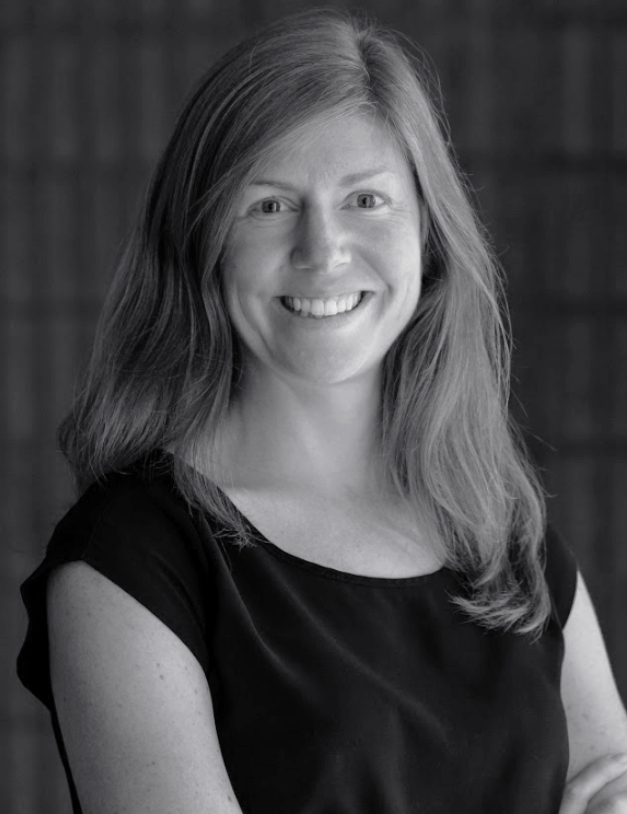 Marie-Claude is an artificial intelligence and operations research specialist, mainly focused on retail and supply chain applications. Before joining IVADO Labs, she created and developed Element AI’s AI core group, the principal group responsible for building the AI technology for the company’s products, as well as led JDA Labs’ data science team. She is co-inventor of more than 10 patents and holds a PhD in applied mathematics from École Polytechnique de Montréal. 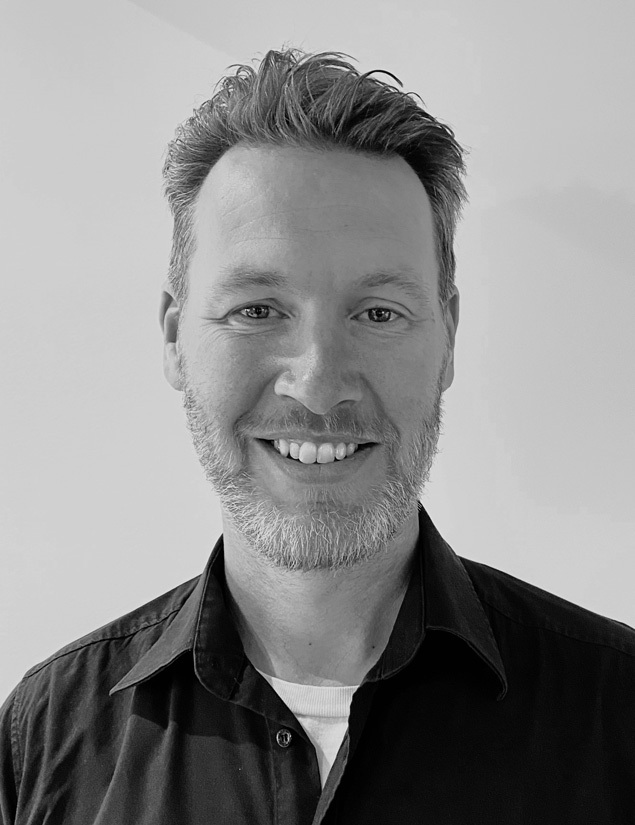 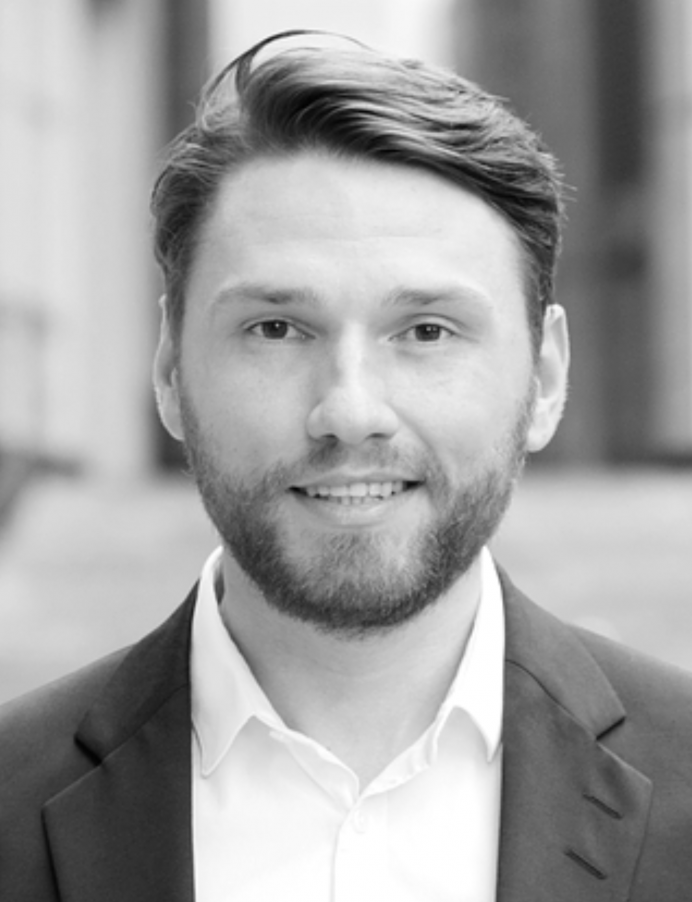 Jack Klejka focuses on helping executives shape their AI strategy and transform their business at scale by creating and deploying unique AI-based solutions that generate competitive advantages. He is actively participating in guiding organizations in their efforts to join the Canadian AI ecosystem and establish successful AI execution capabilities and talent creation. Prior to that, he led corporate strategy and transformation efforts for Fortune 500 companies at PwC Strategy& (formerly Booz&co.) and Monitor Deloitte. He also managed the investment strategy planning of $60 billion of private equity AUM at Quebec's pension fund CDPQ. 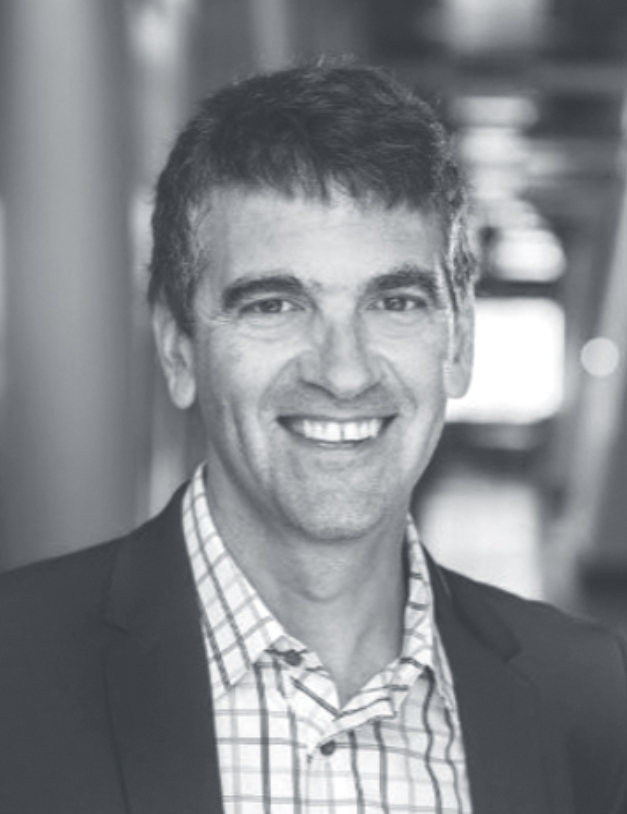 Benoit has over 25 years of experience in the information technology sector, including as an entrepreneur and CEO of AI companies. Prior to overseeing the INVEST-AI fund, Benoit gained expertise in the development and financing of technology companies as an advisor to the Industrial Research Assistance Program (IRAP) of the National Research Council of Canada (NRC), among others. Benoit holds a doctorate from Carnegie Mellon University in the field of artificial intelligence applied to engineering. 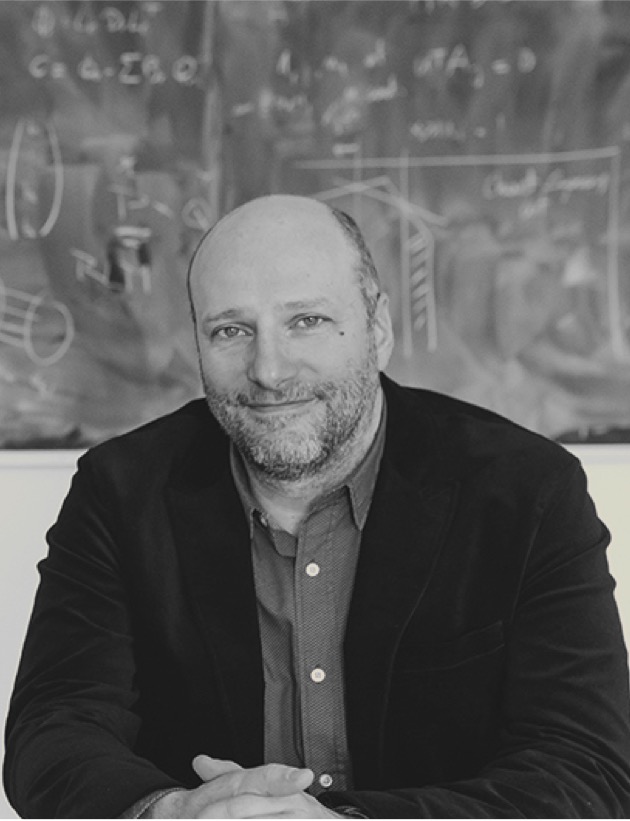 Andrea is the Canada Excellence Research Chair in “Data Science for Real-time Decision Making” at Polytechnique Montréal and an Andrew H. and Ann R. Tisch professor at the Jacobs Technion-Cornell Institute at Cornell Tech and the Technion. He is the co-principal investigator of “Data Serving Canadians: Deep Learning and Optimization for the Knowledge Revolution”. The project was recently funded by the Canadian Federal Government under the Apogee Programme, and by IVADO, the Institute for Data Valorization, where Andrea serves as scientific co-director in Montreal. Andrea's main research interests are mixed-integer linear and nonlinear programming and data science. He serves as editor for several prestigious journals in the field and his work has received extensive recognition, including IBM and Google Faculty awards. He served as the network coordinator and principal investigator of two large EU projects/networks, and has been a consultant of the IBM CPLEX research and development team since 2006. Andrea is the author of more than 100 publications appearing in leading journals in the fields of mathematical optimization and data science. 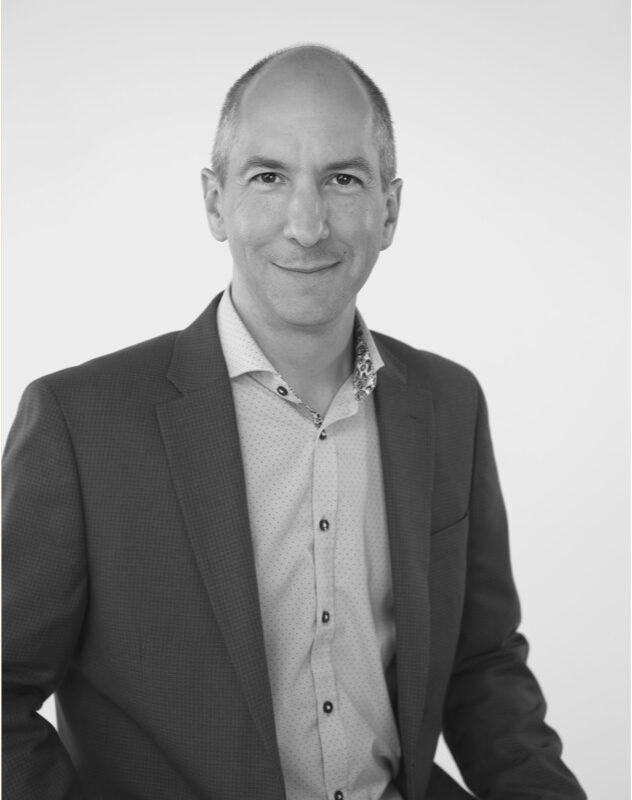 Jean-François is a professor of Operations Management at HEC Montréal, where he has also held the position of Chair in Logistics and Transportation since 2006. From 2008 to 2013, he was Deputy Director of the Inter-University Research Centre on Enterprise Networks, Logistics and Transportation (CIRRELT). He has authored or coauthored more than 130 scientific articles on combinatorial optimization and mathematical programming, mostly in the fields of vehicle routing and logistics network design. 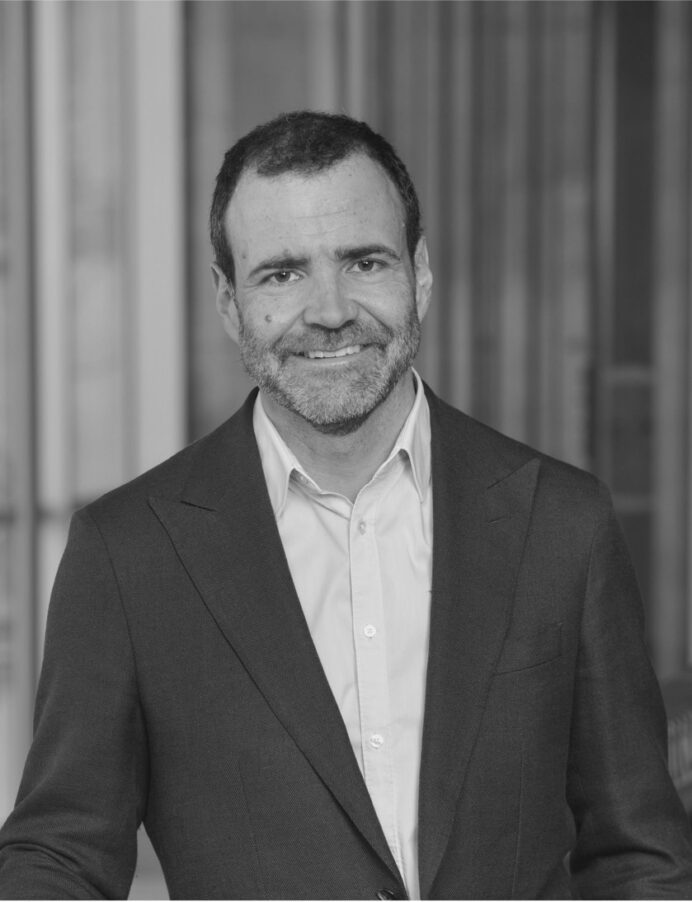 Louis-Martin was one of the first researchers to investigate the hybridization of classical operations research methods and constraint programming, which is rooted in artificial intelligence. He is a faculty member of the Mathematics and Industrial Engineering Department at Polytechnique Montréal. He holds the Canada Research Chair in Healthcare Analytics and Logistics at Polytechnique Montréal and specializes in complex and integrated routing and scheduling problems, developing techniques at the forefront of classical operations research and artificial intelligence. 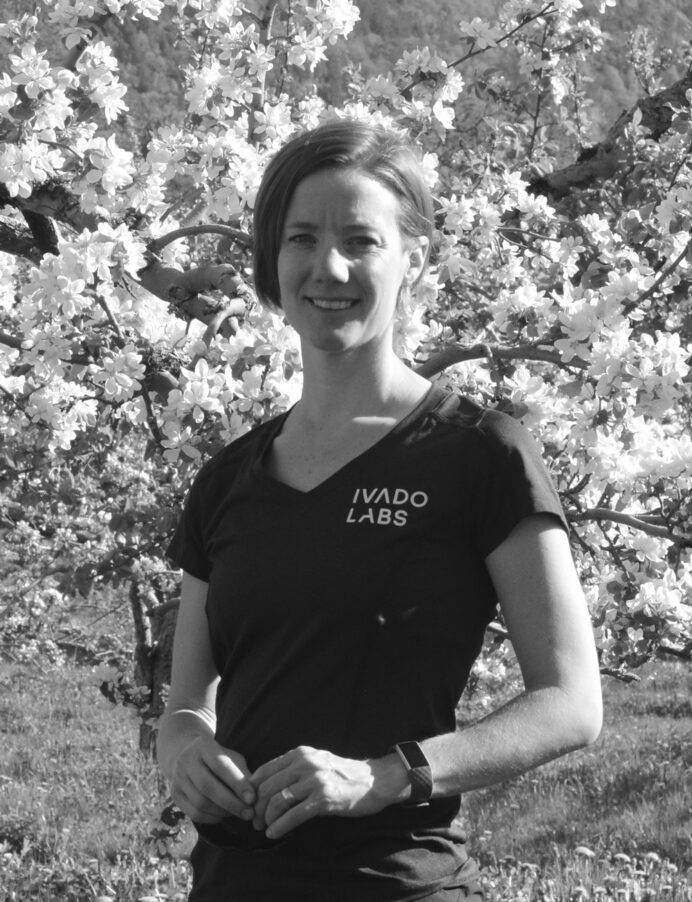 As an expert in demand forecasting, Emma develops models and algorithms that combine methods from machine learning and optimization to solve large-scale decision-making problems. She is Associate Professor in the Computer Science and Operations Research Department at Université de Montréal. She holds two research chairs: the Canada Research Chair in Demand Forecasting and Optimization of Transport Systems and the Canadian National (CN) Chair in Optimization of Railway Operations. Her scientific and applied work has been recognized by several international awards. 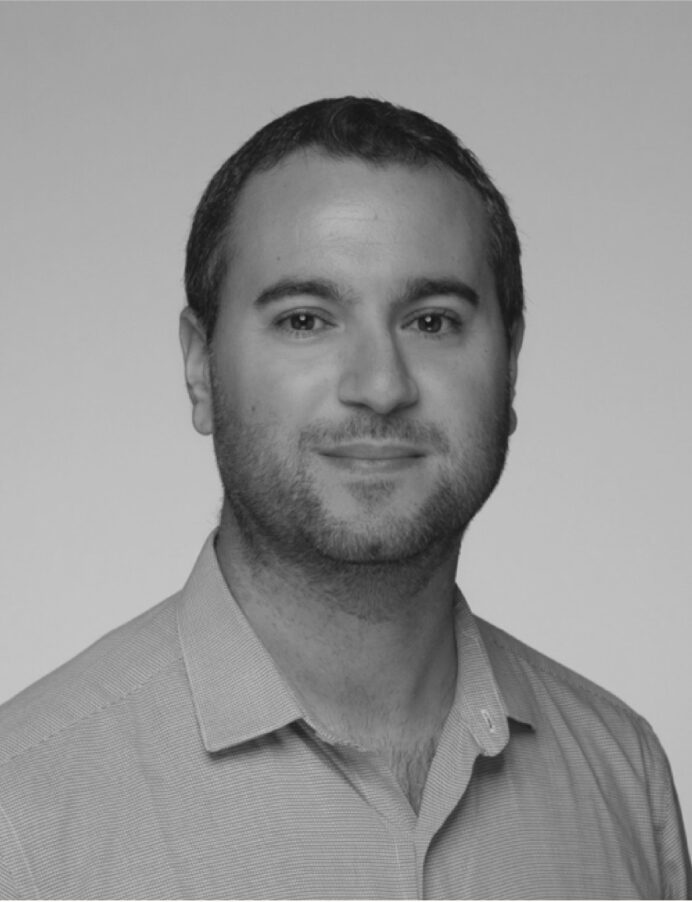 Maxime's core expertise lies at the intersection of data science and operations management. He has worked on retail, ride-sharing, airline, sustainability, cloud computing, online advertising, and peer-to-peer lending. He has collaborated with various companies including Google, Waze, Oracle Retail, IBM Research, Via, Spotify, Aldo Group, Cargo and Staples, as well as several startups. In each project, he works closely with the company to develop solutions based on optimization, machine learning, econometrics and field experiments. Maxime is a Professor of Retail Management and Operations Management and a Bensadoun Faculty Scholar at McGill University. Before joining McGill, he was at NYU Stern and at Google AI. He holds a PhD in Operations Research from MIT and a BS and MS from the Technion. 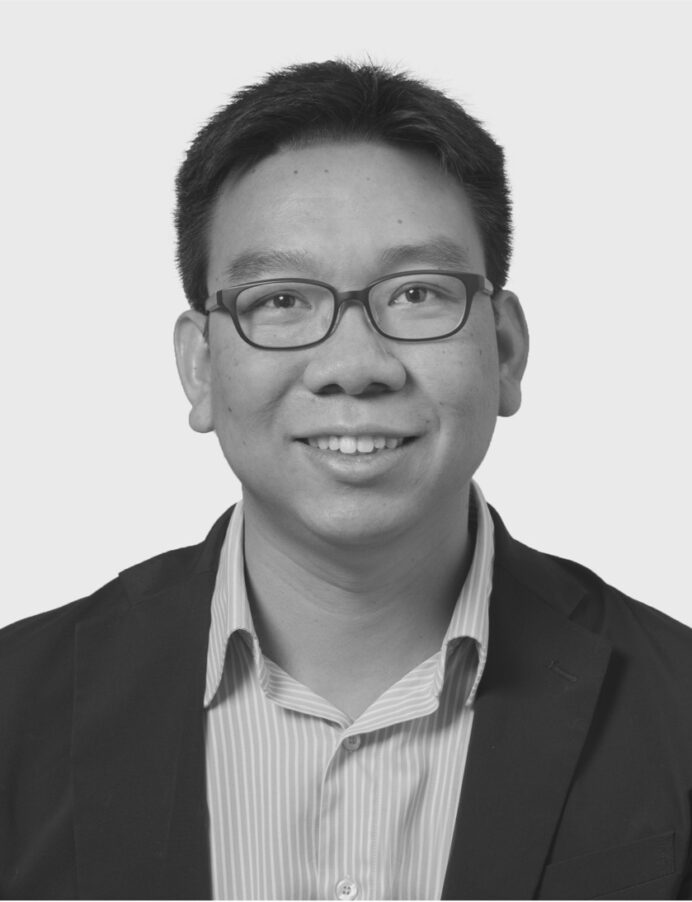 MIT Postdoc, Yossiri Adulyasak holds the Canada Research Chair in Supply Chain Analytics and currently serves as an assistant professor at HEC Montréal. He leads research and industrial initiatives which integrate predictive and prescriptive analytics in various supply chain applications in manufacturing, retail, omni-channel, transportation and risk management. His research has been published in top-tier journals and conferences in operations research (OR), machine learning (ML) and artificial intelligence (AI). He is also a co-inventor of four patent applications in retail and supply chain analytics on demand sensing and inventory optimization, and has been awarded several prizes from academic and industrial organizations during his tenure. 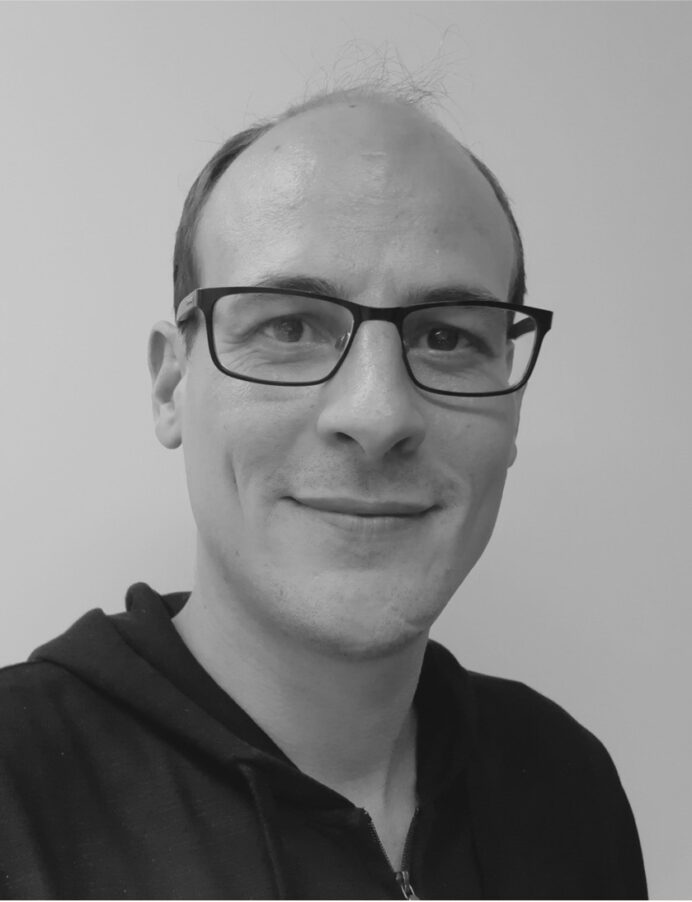 Guillaume’s work focuses on tensor methods for machine learning and in designing learning algorithms for structured data by leveraging linear and multilinear algebra (e.g. spectral methods). An Assistant Professor at Mila and in the Department of Computer Science and Operations Research (DIRO) at Université de Montréal, Guillaume’s research interests lie at the intersection of theoretical computer science and machine learning. 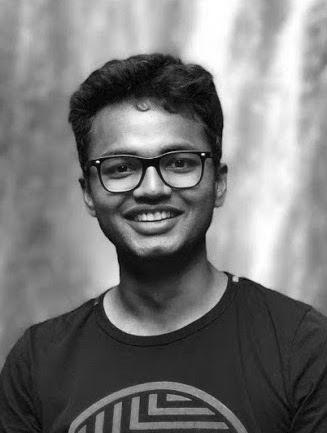 Siva Reddy is an Assistant Professor in the School of Computer Science and Linguistics at McGill University. He is a Facebook CIFAR AI Chair and a core faculty member of Mila Quebec AI Institute. Before McGill, he was a postdoctoral researcher in the Computer Science Department, Stanford University. He received his PhD from the University of Edinburgh in 2017, where he was a Google PhD Fellow. His research focuses on Natural Language Processing and Machine Learning, particularly in building rich representations of text (and images) and building models for question answering and conversational systems. He received the 2020 Venture Beat AI Innovation Award in NLP. 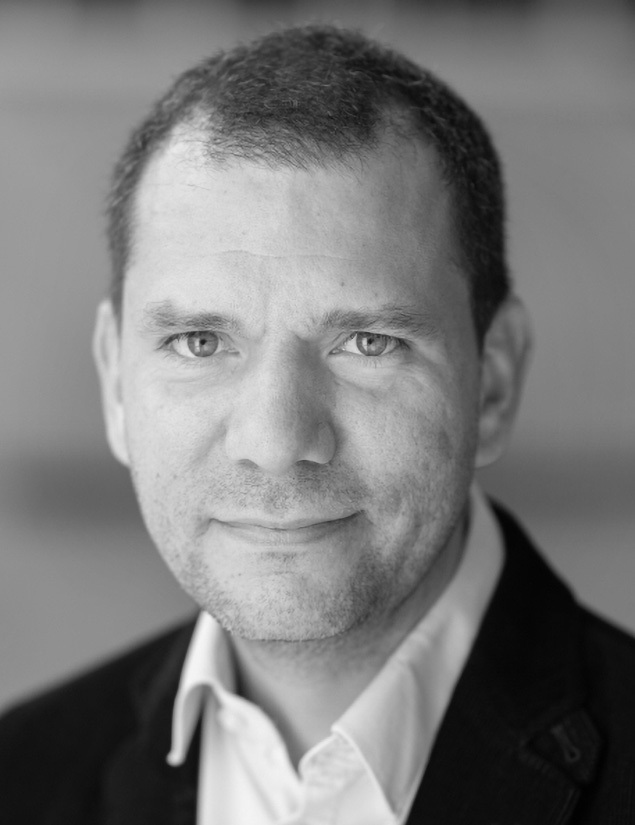 In the last 10 years, Jorge has developed cutting-edge algorithms to solve vehicle routing, scheduling, maintenance planning, warehouse logistics, cutting and packing, service network design, and public transport network design problems. His research has been published in top academic journals and a number for international conferences. Jorge is an associate professor in the Department of Logistics and Operations Managements at HEC Montreal where he holds a research professorship on clean transportation analytics. Before joining HEC, Jorge was an associate professor in the Department of Computer Science at Polytech Tours (France). Between 2015 and 2020, Jorge was the head of Electric Vehicle Routing Optimization, a research program funded by the National Research Agency of the French government. 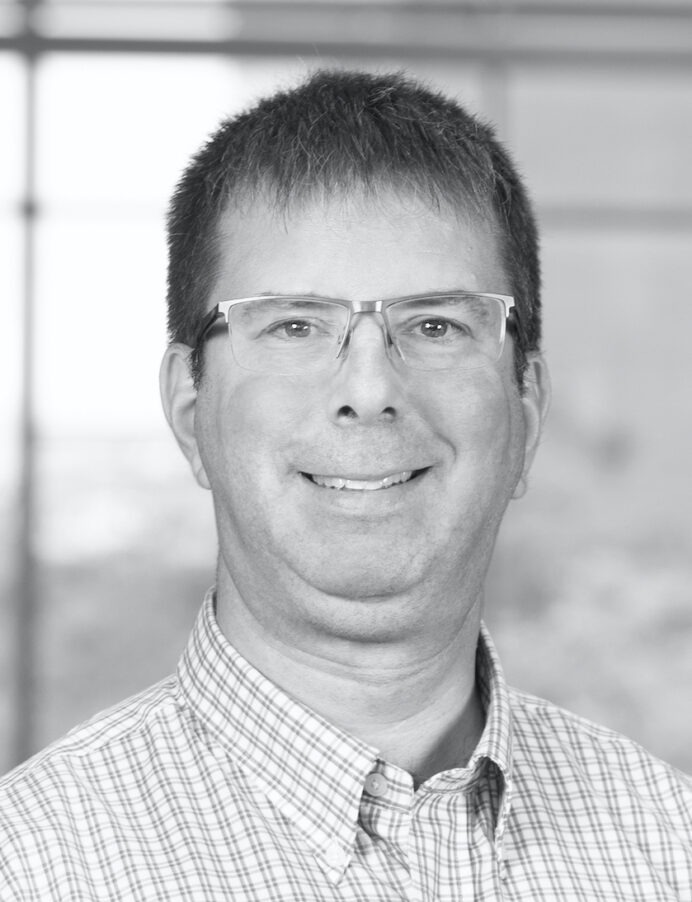 Guy is recognized worldwide as one of the best specialists in column generation. His main research interests are in the areas of large-scale optimization, integer programming, combinatorial optimization, and constrained shortest path problems with applications to vehicle routing and crew scheduling in ground, air, rail, and maritime transportation, as well as to personnel scheduling. He has been involved in several industrial projects with companies developing softwares for airlines (AD OPT), public transit and postal agencies (Giro), and personnel scheduling (Kronos), directly with Rio Tinto and Via Rail, among others. From 2015 to 2019, he was the Director of the GERAD research center which gathers 70 professors and 450 graduate students performing research on the mathematics of decision-making. He co-authored more than 125 scientific papers. Since 2000, Guy is a professor in the department of Mathematics and Industrial Engineering (MAGI) at Polytechnique Montréal. 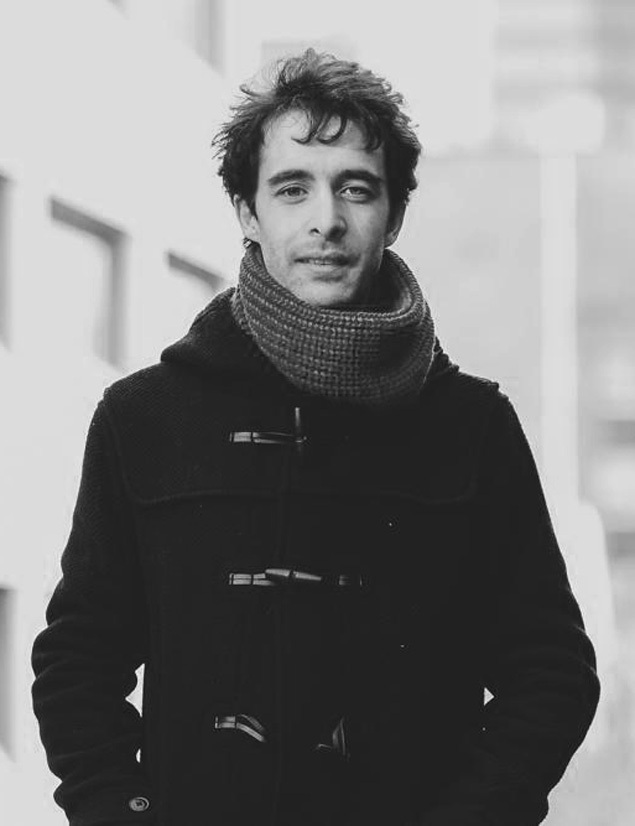 Become a leader in supply chain AI. Fast-track your career.